Fiber Optics The Growth within Communications 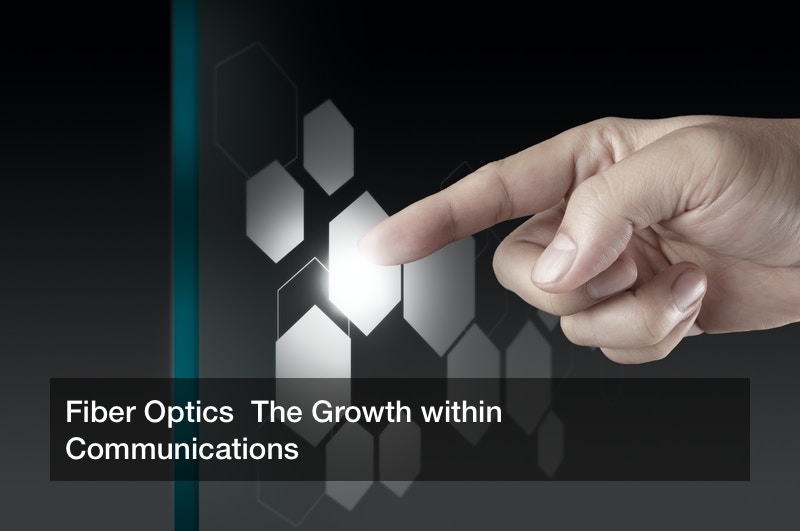 Growth and Expansion within the Fiber Optics World

Communications have drastically changed over the past four centuries beginning in the eighteenth century in Roman times with optical telegraph. During the nineteenth century the photophone and telephone were created and moving into the early twentieth century, the discovery of Maser and Laser; better known as Microwave/Light amplification by stimulated emission of radiation. These discoveries created massive advancements for the medical profession along with growth in understanding single mode fibers and one wave-guide modes. With these amazing discoveries moving towards the late twentieth century, the first nationwide digital fiber optic network and internet services were born; which created the platform for the global transmission in the twenty-first century.

Sense the birth of the fiber optic network, data connectivity and data capacity have greatly improved. These advancements have allowed our devices to communicate on several different levels amongst each other and independently. The progression has also increased the quantity of information given and received in a brief period. This has also granted access to diverse countries with various languages ranging from Europe and the United Kingdom, to Africa and South America, to the fiber optic services in Latin America; also known as Mexico.

Among the expansion of our growing population so is the need for a stable fiber optic network; and as such, so is active fiber optic services. Dark fiber cable allows for this development without the pains of budgeting for fabrication and installation. Due to developing companies and their overestimation in the amount of supply and demand of the materials required for the job, dark fiber optic cables are available for use by leasing. Just by searching locations of future build sites and established businesses, a fiber optic operator can assist with finding dark fiber companies for the services desired.

Given the discoveries made over the years and new advancements in how communications are delivered, the fiber optic network is one of the most efficient. Between single mode and multi-mode cable, active and dark fiber optic cables, and data connectivity and capacity, the desired information will be transmitted with tremendous adequacy. So looking into the future and grasping the technology already gained, intriguing to visualize how the fiber optic network will lead telecommunications company/industry into the future generations.