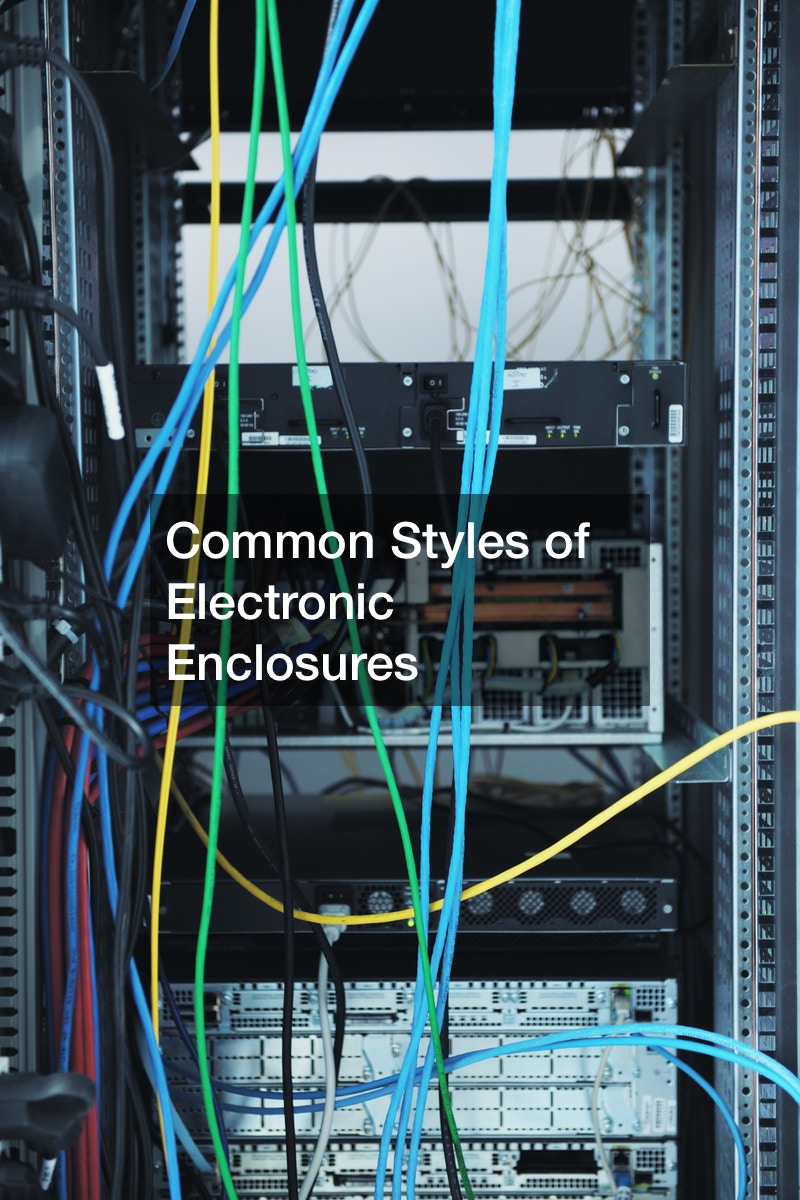 U and L-shaped enclosure

This type of enclosure can appear similar, but there are some major differences between them. U-shaped enclosures are sometimes referred to as clam enclosures.

They are easy to identify since they are shaped in a U form. U-shaped enclosures are quite easy to design. The L-shaped enclosure is referred to as L-shaped because one of the parts in the enclosure represents the letter L. The L shape allows for easy sliding of a board, whereas with the U shape, you will have to bend one of the sides, to make the board fit.

A wall-mount enclosure is similar to a panel mount enclosure, except that it has two doors: one for access to components within the enclosure and another for access to power and other external devices (such as routers). This enclosure style is typically found in homes and offices where space is limited.

A rack-mount enclosure is typically mounted directly onto a server rack to look like part of the rack itself when viewed from above or below.