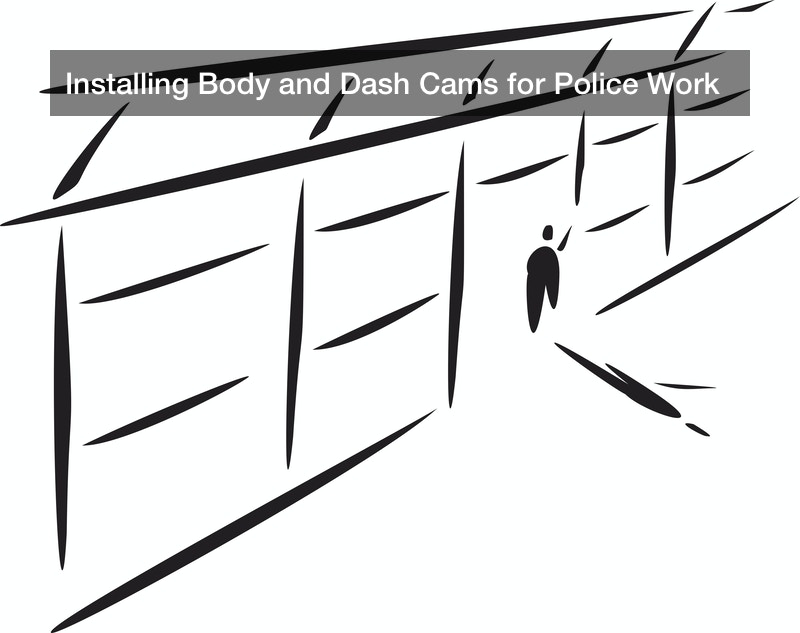 Police officers, state troopers, and similar law enforcement officials have a dangerous and stressful job, and a number of incidents may take place between these law enforcement agents and the civilians they interact with, with either party possibly committing a violent act against the other, or at least general harassment or antagonism. To help curb rates of civilians acting aggressive toward the police, and to help reduce rates of the police misusing their power or capacity for force against civilians, recording equipment can be used to track and log every interaction that a police officer or state trooper has with civilians. Car cams, for example, can be installed in a police or state trooper cruiser to record activity from a fixed vantage point with a wide and steady field of view, and to complement car cams, police officers and state troopers can use body cameras to record their interactions with civilians wherever they go. Why are car cams and body cameras for police a good idea, and what are the effects of having such devices in place? Do police officers and civilians think highly of these devices?

There are a number of benefits of using car cams and body cams, and a police station that does not already use them may consider having a car cam put in every cruiser they have, and a dash camera alongside a body camera can be a real asset. Why? In many cases, having car cams or body cameras in use will reduce the rates of violent or abusive acts both in the parts of law enforcement officials and the civilians with whom they interact, and numerous studies and surveys show that both parties find these cameras effective at helping prevent unwanted actions. After all, a recent Pew Research Center survey of 8,000 police officers showed that 93% of them have become more concerned a bout dangers of the job, so car cams may help out with this. For example, a survey done by Pew showed that 50% of police officers, fully half of them, say that body cameras can make police officers act more appropriately, and in general hold them more accountable for their actions, and surveyed civilians agree with that view. Another Pew survey showed that 66% of officers and 93% of the general public favor the use of body cameras by police officers and state troopers during interactions with civilians, and similarly, 52% or surveyed police department administrators say that police body cameras can make the public more likely to cooperate with officers.

Getting Cameras Set Up

The use of car cams and body cameras is growing among police and state trooper departments. Back in 2000, only 11% of state trooper vehicles had hidden cameras, or about 3,400 of them, but by the modern day, that figure has grown to 72% of all such vehicles using sound and video recording equipment for the purposes outlined above. Similarly, as of March 2015, some one in three of the 18,000 American police departments were making use of body cams.

There are different advantages to each a car cam and a body cam. Car cams cannot easily move or change their field of view, and people might move out of that field of view. But this field of view can be very broad and show a lot at once, and it will be steady since it rests on the police vehicle’s dashboard. A body cam shows a more limited field of view and will not show the actual officer, but its field of view can easily be moved as the officer turns and walks, and this allows the officer to record anything that they see, offering flexibility in exchange for a more limited view at once. These cameras can urge both the officers and civilians to act more rationally and peacefully since they can be held accountable for their actions due to the recording. If violence does take place, the recordings can be used as evidence against the guilty party, whether it shows a police officer abusing their power or a civilian making an unjust attack or harassment of the police officer or state trooper. This acts as evidence in court.